The Family of Henry Dawkins II

Family portraits played an important role in the lives of wealthy landowners and served as powerful visual representations of status, power and fashionability.  In 1775, Henry Dawkins II commissioned Richard Brompton to paint an image of his family for the Dining Room at Standlynch park, which captured their elite social standing and abundant existence at the rural estate.  The result was a large 10-foot by 17-foot portrait that displayed Henry at the apex of the family, standing in a position of authority and gazing down on Juliana, his wife, who is seated in a submissive and maternal state.  They are surrounded by their children who are well dressed in luxury clothing to reflect and emphasise their father’s wealth and ability to provide for their comfortable existence.

Noticeably oversized and mounted on the wall of his country house, the image acted as a pictorial genealogy, as who’s who, for family, friends and acquaintances who visited the property.  Its commissioning also formed part of Henry’s effort to preserve the memory and celebrate the existence of the family at this particular point in time, which coincides with his wife’s pregnancy and his highest year in revenue from the sale of sugar and rum. 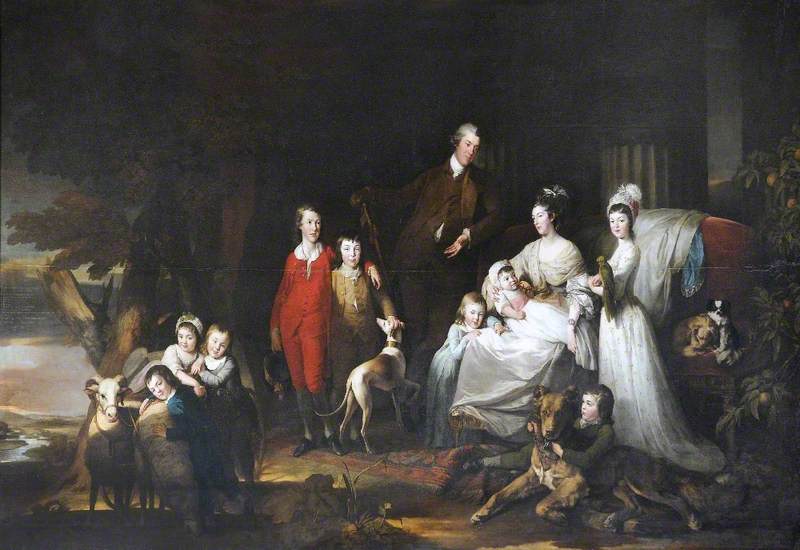 In an effort to not only conserve the memory, but to immortalise the presence of the family, Henry Dawkins II commissioned the construction of a vault inside which he, his wife, children and future generations of the family could be entombed.  The structure was erected in 1800 and attached to the north side of the Church of Saint Mary, located in Chipping Norton, just over a mile from the family’s ancestral estate at Over Norton.  The photo below shows the large stone tablet with the names of 20 members whose remains rest inside including Henry II, his wife, children, grandchildren and great grandchildren.  Built out of stone, the tablet was topped with a triangular pediment containing a raised imprint of the Dawkins family crest.  Constructed out of durable stone and still standing today, the tomb continues to serve Henry II’s intention of being remembered as an individual from a family with elite status and an abundance of financial wealth. 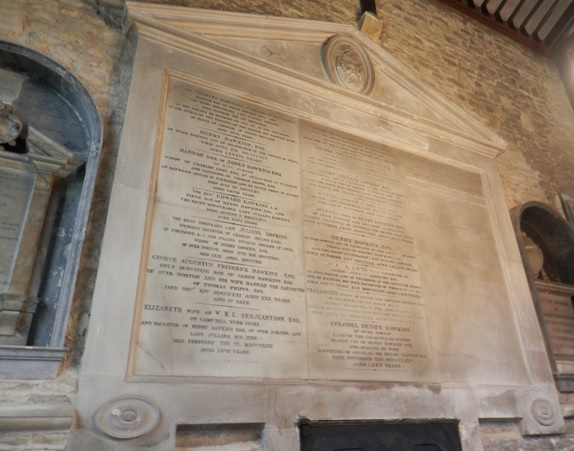 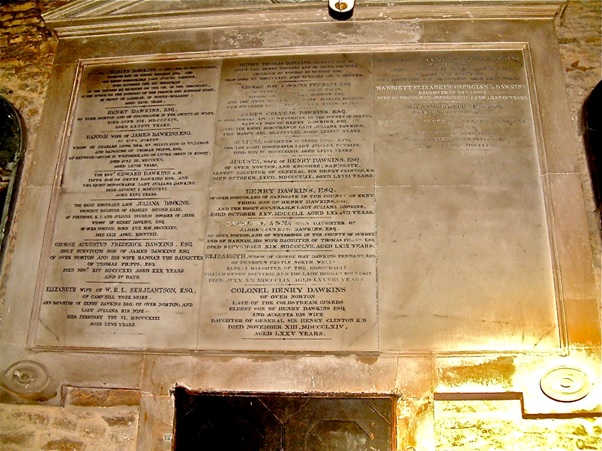 Crests (or coats-of-arms as they are otherwise known) became an increasingly important aspect of English landed society which symbolised the achievements, longstanding presence and elite status of a particular individual or family.  Designed and granted by the College of Arms, each crest was distinctive, contained a variety of meanings and might be inherited from one generation to the next, entrenching and reinforcing its representation of a family.  Coats of arms gradually became a fundamental part of English landed society and those not possessing one were often frowned upon by established families for whom this was an important point of identification and distinction.

In his attempt to further his integration into English landed society, Henry Dawkins II either created his own crest or was awarded one from the College of Arms, which consisted of a red shield decorated with three lions (one gold and two black) along with two white roses.  The lion was the most common choice of animal to be employed on coats-of-arms since it symbolised some of the characteristics that elite men associated with themselves, including strength, courage, generosity, power and royalty. 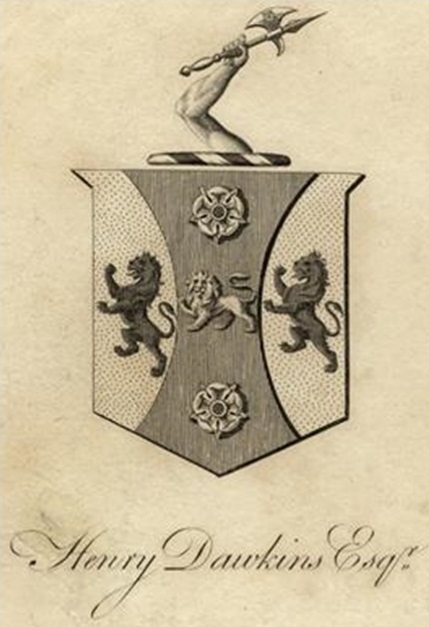 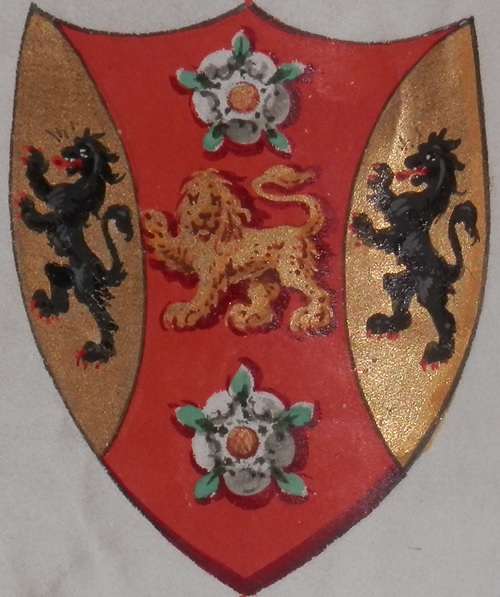