African people were one of the most valuable and important “assets” possessed by Britain’s slaveowners.  For it was their individual skills and combined labour that built, powered and maintained the sugar plantations and pens dotted throughout the British Caribbean.  The growing numbers of Africans enslaved upon the Dawkins’ Jamaican properties is displayed in the graph below.  There is a significant spike in the size of the labour force between 1684 and 1779, which grew from 49 enslaved labourers to 2,251, respectively.  This increase coincides with the rapid expansion of the family’s plantation complex which was approaching 30,000 acres by the 1770s.  Between 1779 and 1803 the enslaved population declined from 2,251 to 1,917, before increasing to 2,140 in 1817, and then decreasing again to 2,017 in 1832.  The considerable growth in the number of Black labourers owned by the Dawkins’ shows just how crucial their labour was to the operation and sustenance of the family’s West Indian properties.

Consistent records accounting for the yearly number of Africans held upon the family’s estates do not exist, hence, the large gaps between the blue points on the graph. 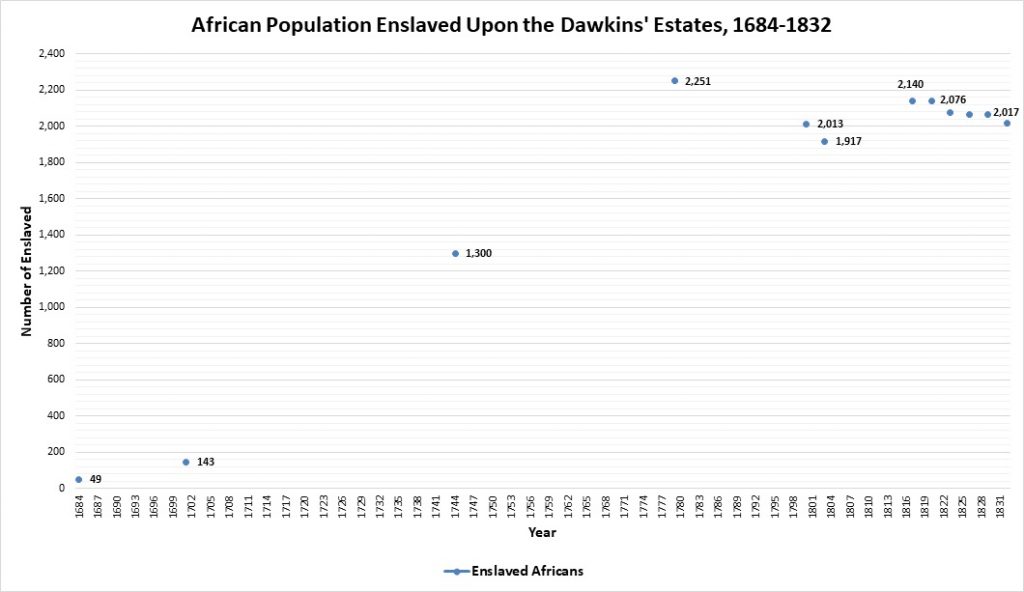 The eight tables below list the names of the 2,140 African people enslaved upon the Dawkins’ estates in 1817.  The European names imposed upon them were extracted from the very first register of enslaved people taken that year and provide a feel for the sheer number of Africans who were held captive under the ownership of one single family.  Not only were these people foundational to the maintenance of the Dawkins’ plantations and pens, but the sugar they produced was essential to the family’s elite existence in England.  Click here to find out more about where the profits from slavery were invested. 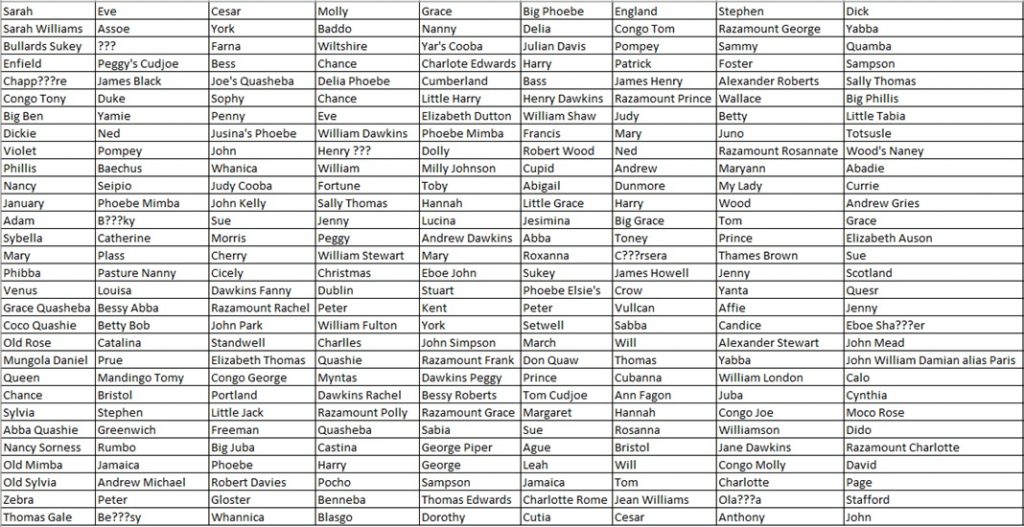 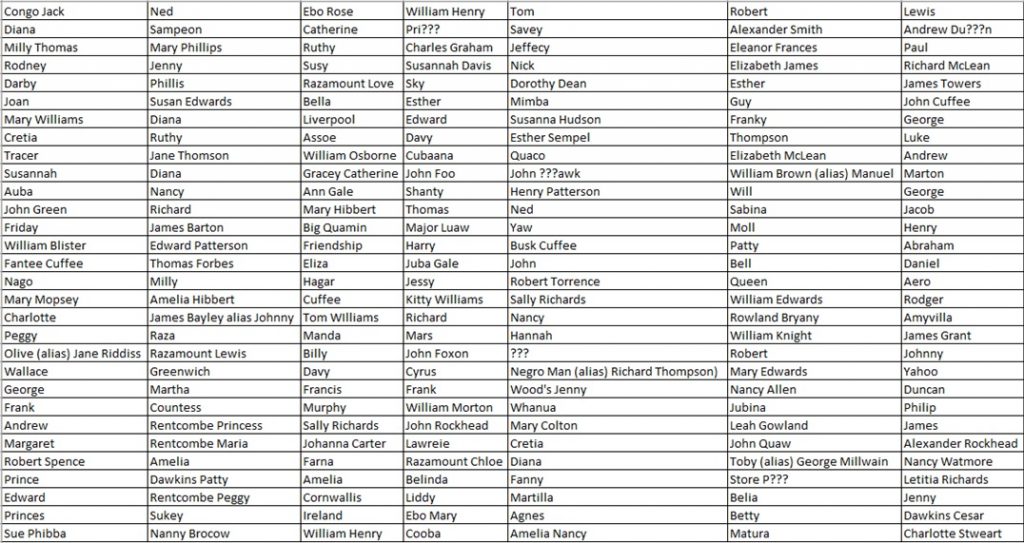